by Lizzy Flanagan
in Features
0 0
0

Despite having some of the best wrestlers in the world on their roster, NJPW has struggled to create any outstanding storylines within their tag division for a decent while. The company’s tag division as a whole is underwhelming to say the least. I would argue that this isn’t because of a lack of talent so much as it is poor, negligent booking. The tag division isn’t a priority for New Japan, and that fact is painfully clear.

To start, there’s not a lot of established tag teams in the company; the heavyweights have Guerillas of Destiny, Finjuice, Dangerous Tekkers. All the other teams are two singles wrestlers who pair up because the World Tag League needs entrants. The juniors have El Desperado and Kanemaru Yoshinobu, Los Dos Peligrosos, Roppongi 3k, the Super Coaches, and the only two juniors in Bullet Club, Taiji Ishimori and El Phantasmo. Passing belts between three or four teams is bound to get stale, and I unfortunately feel that NJPW has reached that point. So, what can be done about it?

I think the most tangible, most effective solution is a captivating storyline, and the simplest one to carry out would likely be a tag team version of a Double Gold Dash. The double champion trope seems to be on its last leg. It’s almost at the point of exhaustion now that NJPW, WWE, and AEW/AAA have all jumped on the trend and featured at least one double champ. However, I still think there’s potential in the premise of a wrestler trying to capture double gold, so long as the goal isn’t set just for the sake of having a goal.  And, if any company could benefit from the storyline potentials of a double champ tag team, it’s NJPW. In my opinion, Roppongi 3k would be the best team to carry this storyline. 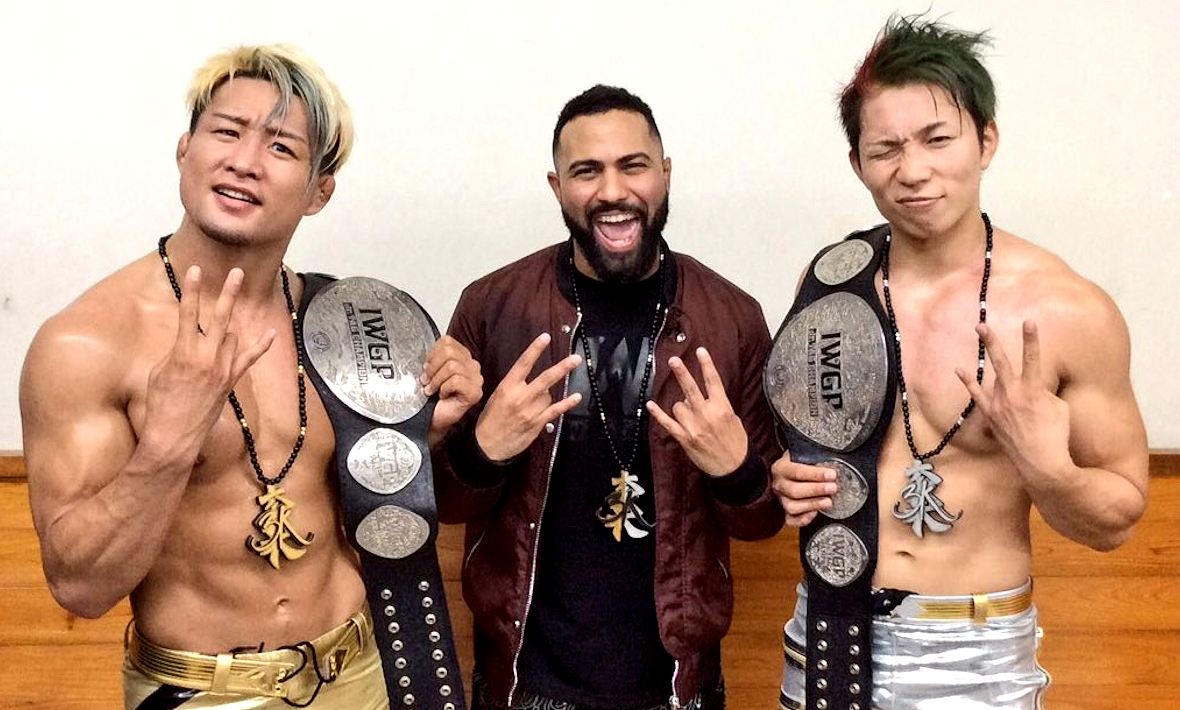 One of the key aspects of this storyline is that it would have to be a junior team. This already severely limits NJPW’s options; of all the junior teams, Sho and Yoh are the most consistent and harmonious unit. Additionally, Yoh and Sho have little entanglements or responsibilities in the singles division. Lastly, they’re babyfaces that fans love and could easily get behind during a challenge like this.

It’s also interesting to note that Sho and Yoh almost became heavyweight tag champs before. They challenged Guerillas of Destiny at Fighting Spirit Unleashed in 2019, but were unsuccessful. The feud leading up to this match was one of the most captivating storylines for the heavyweight or junior tag division in NJPW that year, and in my opinion ending it with a hard loss for Roppongi 3k at the hands of their heavyweight opponents was a missed opportunity. I think it’d be smart of NJPW to run this idea back, but this time pull the trigger and let Roppongi 3k hold all the gold.

Ideally, once Roppongi 3k became champs, challengers could only vie for one title at a time. Firstly because heavyweights becoming junior champions might prove to be an issue. Secondly, separate would emphasize the fact that Roppongi 3k managed to get to the top of two separate divisions, building their reign into something especially impressive.

COVID-19, along with long term injuries on the roster have definitely thrown a wrench into NJPW’s booking. Yoh has unfortunately been put on the shelf with a torn ACL since the 2020 New Japan Cup. During Yoh’s absence, Sho’s proved himself to be  a capable singles competitor. Despite his clear potential, though, I’d still argue that he’s more needed as a tag team competitor primarily, though, despite how much I’d love to see Sho challenge for the NEVER Openweight belt again in the future.

The shallow talent pool of the tag divisions, combined with lackluster booking has made the tag scene in NJPW stale. In my opinion, the best way to rejuvenate the division is to give it a long term storyline that fans can get invested in. Roppongi 3k is in the best position to take on this role; they’re two-time Junior Tag League champions, and four-time IWGP junior tag team champions. I think it’s time for them to aspire for a bigger goal and embark on a Double Gold Dash of their own.

Thank you so much for reading! If you’d like to support my writing or get a commission, you can visit my Ko-fi page here!

No Result
View All Result